WesternBright MCF visible and near infrared (IR) fluorescent Western blotting kits allow the assay of two proteins at once, increasing the quality and quantity of information that can be gained from a single blot.

By using dyes that have different spectral properties (excitation and emission), you can visualize them in different channels at the same time on a digital imager. 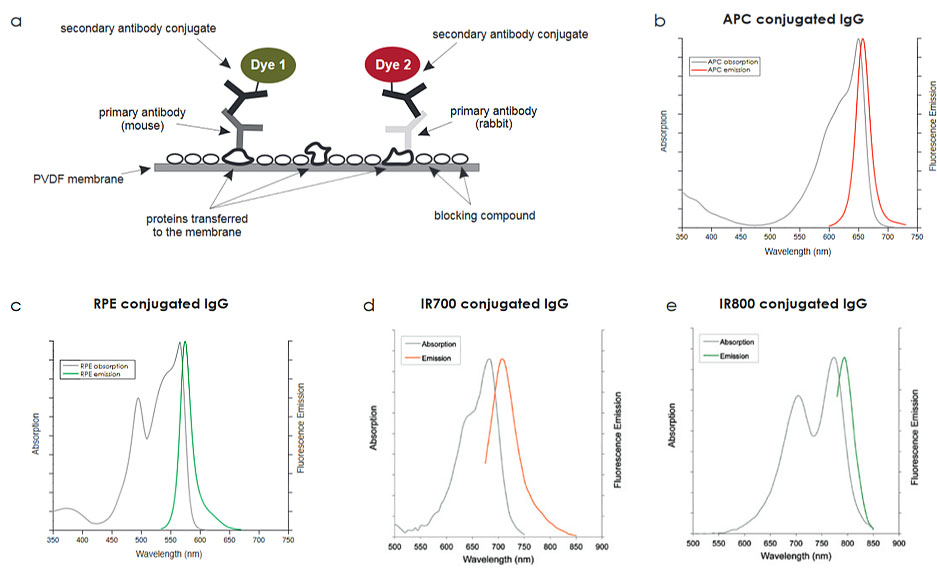 Figure 1. Antibodies conjugated with different dyes allow you to visualize two antigens at once. A. The diagram represents the basics of a western blot assay using multi-color fluorescence. b-e. The absorption (gray lines) and emission spectra of the dyes available in the WesternBright kit.

Also known as multiplexing, simultaneous detection with different antibodies is ideal for certain types of experiments. For example, assay a loading control alongside a protein of interest; assay for two proteins you want to quantify relative to each other; or, assay phosphorylated and non-phosphorylated isoforms of a protein simultaneously.

Figure 2. Simultaneous detection of EGFR and phospho-EGFR with WesternBright MCF. Increased phosphorylation of EGFR in response to EGF was detected. Lysates from A431 cells (lane 1) and A431 cells treated with EGF (lane 2) were blotted and EGFR detected in the green channel (b) or phospho-EGFR detected in the red channel (c). The two channels are superimposed in (a). Lane 3: molecular weight markers.

WesternBright MCF is more sensitive than other Cy dyes

Figure 3. WesternBright Conjugates provide a brighter signal than the ECL Plex Western Blotting system. Duplicate Western blots containing samples of AFP and CEA proteins were treated identically and probed with the same mixture of mouse anti-AFP and rabbit anti-CEA primary antibodies. One blot was stained with WesternBright conjugates and the other with an identical concentration of Cy3 anti-mouse and Cy5 anti-rabbit antibodies, following the protocol recommended for ECL Plex. Under identical imaging conditions, WesternBright MCF provides a brighter signal, and 10x greater sensitivity. 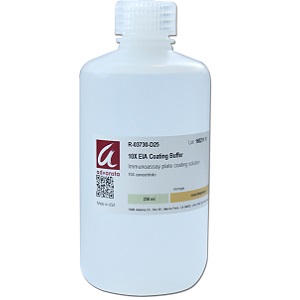 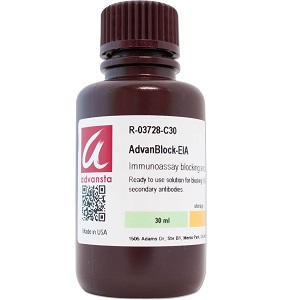 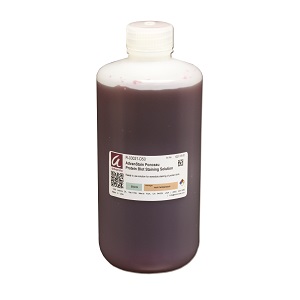 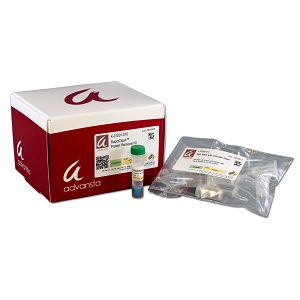 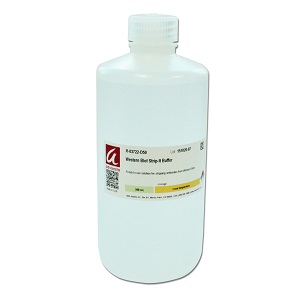 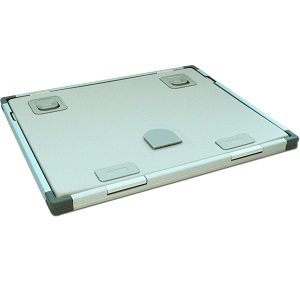 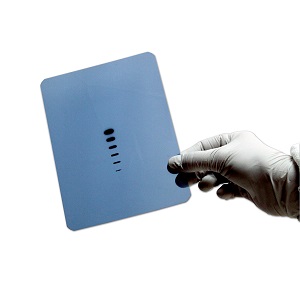 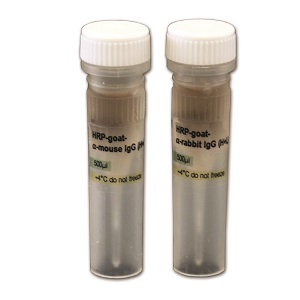 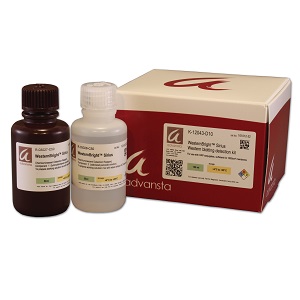 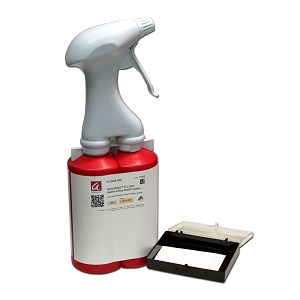 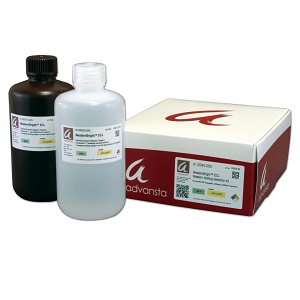 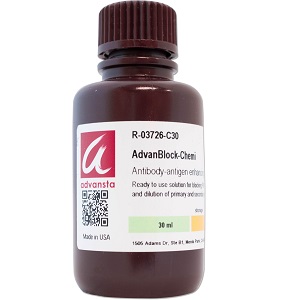 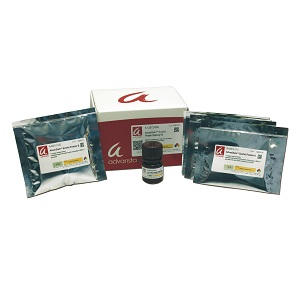 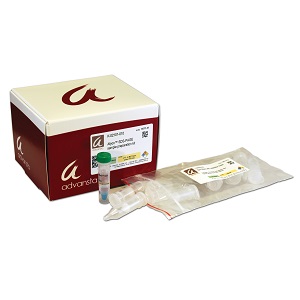 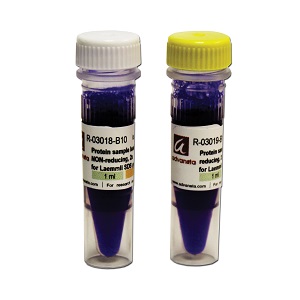 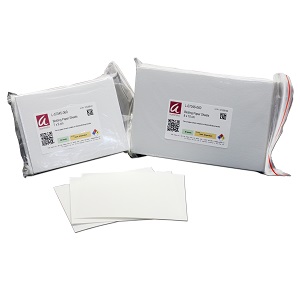 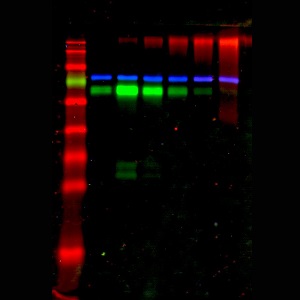 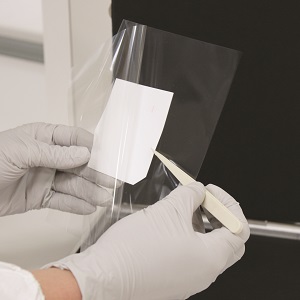 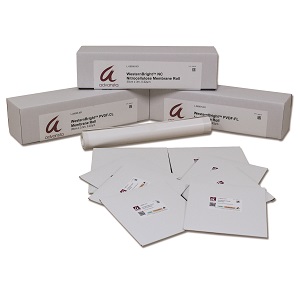 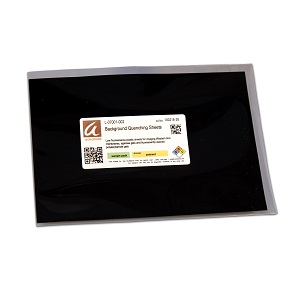 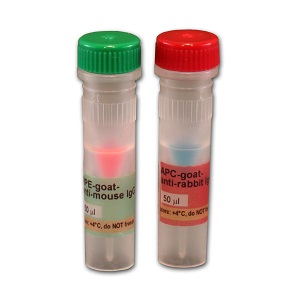 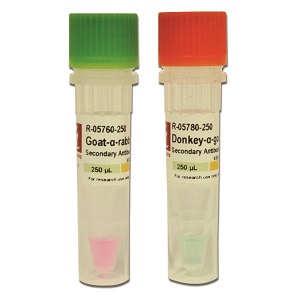 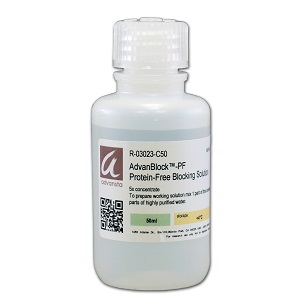 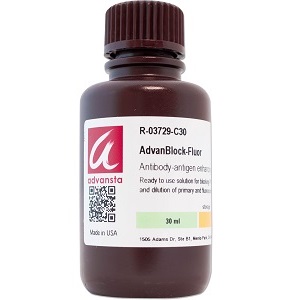